Information about us and our work. 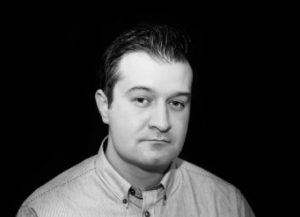 Peter Berko is a photographer who was born and raised in Czek and Slovakia. After he graduated MA visual media in 2011, he worked in Prague, then currently he is working for some Magazines in London since Sept 2013. Peter is an experienced photographer with high quality skills, beside of commercial project, he is keen to collaborate with different designers or artists in London.

Kitty Ng was born and raised in Hong Kong. She obtained the Diploma with distinction and achieved a Bachelor of Arts degree with Honour and got her Master of Arts degree in Fashion and Textile Design 2004 in the Hong Kong Polytechnic University. During 2003-2004, she worked as fashion editor and art director for several magazines, TV advertisings and Film_B420. Afterward, she worked as a fashion designer for Converse(HK) 2005-06; Senior designer for Li-Ning(China)2006-08; Design Director for ANTA (China) 2008-2012. After 10 years solid experience in Fashion Styling and Sportswear Design, she took a gap year to study MA_Menswear in London College of Fashion 2013-14, and her final collection was selected in London Fashion Week LC:M 2015. Currently she set up her company and studio in London.